When Antagonists Attack . . . Your Heart 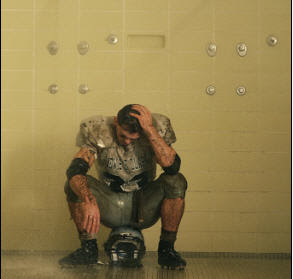 Today's six introduces the third of the three boys who fell in love with Jeana. Wade Strickland--the boy who gave Jeana her first kiss when they were eleven years old, and the boy who broke her heart.

I originally had no intention of Wade being anything but the antagonist in the story, since he hates Mickey and resents Billy Joe and tends to solve his problems with his fists. But he grew on me as I wrote, and he's one of my favorite characters.

This scene takes place when Jeana and the boys are seniors. Wade and his best friend Jimbo are sitting in Wade's Corvette parked on the bank of Chickasabogue Creek. Jimbo is the only one who knows that Wade loves Jeana, and he finally gets up the nerve to ask Wade why he can't forget Jeana since he has so many other girls crazy for him.


Wade stared at the water through the windshield and didn’t say anything for a long time. Jimbo wasn’t about to push him and had decided he wasn’t going to get an answer when he heard a heavy sigh on the other side of the car.

“Every tackle, every catch, every damn step I took on the football field was for her, but you know who she thought was hot stuff, Jimbo? A scrawny kid whose biggest claim to fame was doing handstands in the pool and whistling with his fingers. She’s the best thing I ever had in my life, and the only time I ever felt even close to being a hero was because of the way she looked at me. I’ve loved her since we were kids, and I’m never gonna stop.”

Okay, which of these three boys do you think Jeana ends up with? Tough choice, huh? To find out, get your copy of True Blue Forever here. Please also check out the other Six Sentencers here, especially my BFF Lee Ann Ward.