Crushing on a Nerd

I'm continuing for a few more weeks with my YA paranormal thriller After Me. (You can catch up on the earlier excerpts here.) Last week Jada arrived at her new foster home in Coconut Grove. This week she's started school in her new persona, but instead of hanging with the A-listers like she did in her former life, she's decided to befriend a group of nerdy guys that she thinks may be able to help her with the online search for her killer. All but one of them are pretty much in awe of her since she looks like she stepped out of a graphic novel. And wouldn't you know it, the one who clearly doesn't like her turns out to be her chemistry partner, Lew Stanton. 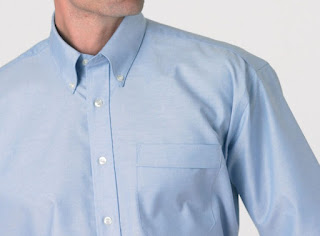 I tried to pay attention to what Mr. Forrester was saying about the chapter we were about to start, mostly to keep myself from looking sideways at Lew, but it didn’t work. I couldn’t resist checking out his short blond hair with its razor-sharp part, the way his blue Oxford was buttoned all the way up to his neck, the ring on his left hand with the strange black stone, and the almost manicured look of his fingernails. And instead of wanting to laugh at any of it, I found it all weirdly appealing.

What the crap was going on?

At one point, while I was trying to figure out what the weird numbers and symbols on his watch meant, he looked up from his note taking and said, “What are you staring at?”

“What kind of crazy watch is that?”

He glanced at it and said, “They’re square roots—instead of twelve, it has the square root of 144. They’re the same thing.”

“Yeah, I’ll have to take your word for it on that, guess it's a math thing or something, huh?”

He rolled his eyes and went back to taking notes. 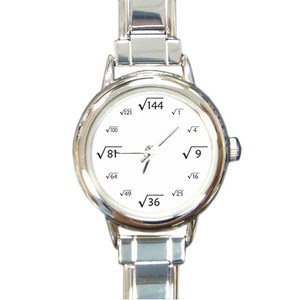 Once again, I need to warn you not to make any assumptions about this guy. Things in my books are not always as they appear at first. For instance, if you think this scene means the book is morphing into contemporary high school drama, next week's snippet will change your mind about that. Can't wait? You can buy After Me here. And please do also check out the other Snippet Sunday folks and the Weekend Writing Warriors. Something for everyone among these talented writers!

Looking for a Loser

Happy Father's Day! Here's some more from my YA paranormal thriller After Me. (You can catch up on the earlier excerpts here.) Jada has made it to her new foster home in Miami's Coconut Grove, and (surprise!) she doesn't hate it. Today's snippet shows how she starts the search for her killer. BTW, I decided to create a fictional social network since I figured the real one probably wouldn't like being associated with online predators.

I logged off the blog and opened my FaceSpace page to check for new friend requests. With a name like Cherry Licious and a profile picture of legs clad in lacy thigh highs, I’d been getting plenty of requests and private messages from guys of all ages, but none of their names or personal info sounded like the one I was looking for: BOSSMAN. What a joke. I bet that pathetic loser wasn’t the boss of anything but his favorite video game.

I shut down the browser and lay across the bed. I still wasn’t used to all the things that were different about me now, and I only had a day and a half before I started school on Monday. Like the Transdead Trustee guidelines had said, I hadn’t felt any emotions since I came back, but at least I could still appreciate a good joke. Flo probably hated that.


Next Sunday we'll see if Jada can blend in with the other kids at school. I'm thinking she'll probably stand out just a little, what about you? Can't wait? You can buy After Me here. And please do also check out the other Snippet Sunday folks and the Weekend Writing Warriors. Something for everyone among these talented writers!

I'm continuing with my YA paranormal thriller After Me. (You can catch up on the earlier excerpts here.) Last week was Jada's first blog entry about her first week as Jada the Pervert Slayer. So how does she get from the abandoned warehouse she woke up in to her new foster home? She tries shoplifting in three convenience stores, but all she gets are three offers to trade sex for the stuff she's trying to steal. Finally, she goes into a liquor store with a old woman behind the counter and hits paydirt. 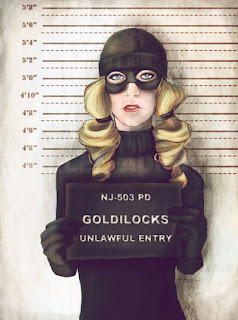 Thirty minutes later, I was in the back of a Miami patrol car, sobbing my poor misguided little heart out. I guess the two cops felt a little sorry for me, although that didn’t keep one of them from feeling me up when he searched me before putting me in the car. Anyway, they took me to the juvie center, and after convincing my case worker that I’d had enough of life on the streets, I got sent to a group home while I waited for a foster family to take me in.

I’ll skip the sordid details of the group home except to point out that if I’d been there any longer, I’m sure a couple of the male workers would’ve been my first victims. And I couldn’t help feeling bad for real girls like Gwen who had to live on the street or in places like that. My life before had really sucked, but this was a lot worse.

Luckily, after only three days in the group home, I got the good news that a family who was willing to take a teenaged girl had contacted the agency. The next day I met the Shermans, my new foster family. Brad, Karen and twelve-year-old Nathan—yuppies with a heart of gold, determined to save the world, one teenaged delinquent at a time. Gwen’s a lucky girl for sure.

Lucky for those guys that Jada hasn't yet discovered the new skills she's acquired since her recent untimely death! Find out next week how she starts her search for the man who killed her. Can't wait? You can buy After Me here. And please do also check out the other Snippet Sunday folks and the Weekend Writing Warriors. Something for everyone among these talented writers! 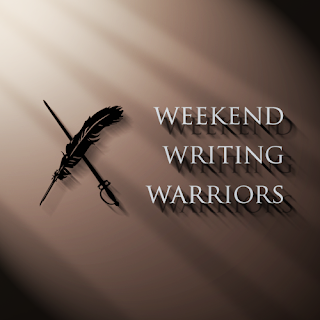 Here's a little more from my YA paranormal thriller After Me. (You can catch up on the earlier excerpts here.) Despite all her protests, Jada knows she can't get out of her obligations. As we join her this week, she's gotten all her instructions from Flo and has assumed her new fake identity. One of her requirements is to periodically check in with Afterlife Admissions by entering a journal record of her activities on a special blog accessible only to Transdead Trustees. Here's a little from her first entry. 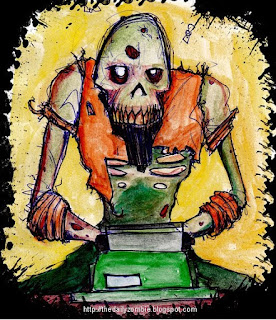 Okay, so here’s my first week as Jada The Pervert Slayer.

I woke up in an old warehouse somewhere in Miami, surrounded by empty Thunderbird bottles, syringes, and used condoms. I couldn’t resist testing what Flo had told me, so I broke one of the bottles and stuck the jagged edge into my palm. Nothing—no blood, no pain, and the cuts started to close up almost immediately. It would’ve been kinda cool if not for the whole being dead part.

I found a purse beside me (a hideous pink sequined thing) that held my new ID cards but no money. The character profile for Gwen said I had been living on the streets and prostituting myself to pay for my meth habit, and once I got outside in the sunlight, (which neither fried me nor made me sparkle) I realized they’d dressed me in my work clothes—a black shirt tied in a knot between my boobs, hot pink booty shorts, and silver stilettos. Actually, the purse matched the shorts perfectly. Gwen was color coordinated at least.

Next week we find out how she gets to her new foster home. Can't wait? You can buy After Me here. And please do also check out the other Snippet Sunday folks and the Weekend Writing Warriors. Something for everyone among these talented writers!