First Loves Who Get Lost 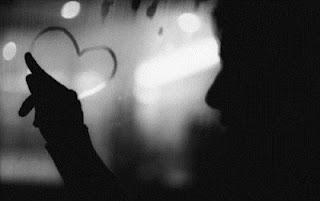 Last Sunday I introduced you to Jaycee, the heroine in my second novel, Different Roads. This week I want you to meet Cole McGee, the first and only boyfriend she has in high school. This scene takes place right after Jaycee finds out that Cole won't go to college with her because his parents expect him to run the little diner that's been in their family for generations.


How could she have been so stupid as to think he was hers and that he loved her? She was glad to be done with it so she could focus on college and her career, because those were the important things—the things that would get her everything she’d always wanted. The things that would finally make her daddy glad she was his daughter.

And at least she hadn’t made a fool of herself and told Cole that she loved him, or that he was the best thing she’d ever had in her life, or that the only place she’d ever felt she could be herself was in his arms. And that when he was holding her, she almost believed she was just as good as all the girls with real parents who loved them.

Jaycee curled herself into a ball and cried until she ran out of tears and her heart was numb again, the way it had been before Cole had shown her how to love.

You can buy your own copy of Different Roads here. Please also check out the other Six Sentencers, especially my friends Angela Quarles and Stephanie Lawton.

~Stay true to yourself and your dreams will come true!
Posted by The Belle in Blue at 7:30 AM