Last week you met three of the four main characters in True Blue, the first book in my True Blue Trilogy releasing next month. (If you missed it, you can catch up on the earlier excerpts here.) Jeana, Wade and Billy Joe live on the same street and grew up together, but why would two ten-year-old boys hang out with a girl who usually has her nose in a book, hates sports and is pretty bossy? Here's why. 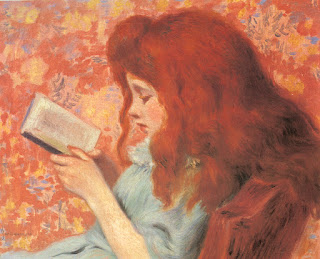 When they left the shed in Wade’s back yard a few minutes later, they blinked as their eyes adjusted to the brightness of the late afternoon sun that was still warm enough for all of them to be wearing shorts in the middle of October—business as usual in Chickasaw, Alabama. The three of them said goodbye at the privacy fence that separated Wade’s yard from Jeana’s. Wade swung the loose board aside so Jeana could slip through, then he and Billy Joe watched until she was safely on her back porch.

They'd been looking out for Jeana all their lives, and neither of them planned to stop anytime soon. Sure, she was bossy and kind of a know-it-all, but she also wasn’t silly and giggly like most of the other girls at school. She was so smart it was scary sometimes, and she’d been making up cool games for the three of them to play for as long as either boy could remember.

Of course, neither of them would ever consider admitting to anyone—including each other—the real reasons they would always look out for Jeana. That was a secret they kept hidden deep in their ten-year-old hearts and only thought about when they were lying awake at night, remembering the way Jeana's eyes looked when she smiled and the way it made her face glow like the strands of her curly red hair in the sunlight. Her smile made them want to be smarter, nicer, braver—someone who deserved the admiration of a girl as special as Jeana.

Those were the things that kept both boys willing to do anything she wanted as long as it meant they got to see that smile again.

Next week you'll meet the fourth main character—another ten-year-old boy named Mickey who's obsessed with baseball, but for a reason you might not expect. And he doesn't know it yet, but he's gonna end up feeling the same way about Jeana. I also hope I'll be able to share the cover art next week too! Please do also check out the other Snippet Sunday folks and the Weekend Writing Warriors. Something for everyone among these talented writers!

Close Your Eyes and Go Back to a Simpler Time...

Switching to a new book this week! If you missed the previous snippets from my YA paranormal thriller After Me, you can read them here.

This snippet is from True Blue, the first book in my True Blue Trilogy coming out next month. The trilogy follows the four main characters from fourth grade to college, so the first book is middle grade, the second is YA, and the third book is New Adult. Rather unorthodox, I know, but I've always been kinda weird. ;-) Here's the blurb for book one.

It’s 1972 in Chickasaw, Alabama—a time when kids play outside until the streetlights come on and everyone knows it’s time to go home. Jeana, Wade and Billy Joe have lived on West Grant Street all their lives and have always been best friends, but things start to change the summer after the fourth grade. The boys begin to look at Jeana and each other differently, and puberty is getting close to rearing its ugly head. Can the three of them stay friends, or will someone’s heart get broken? And who is that new boy in Chickasaw with the startling blue eyes?

This snippet is from the first chapter and introduces three of the four main characters. They have a secret club called the Mystery Masters, and this scene is from one of their clandestine meetings in their clubhouse—a shed in one of the boys' back yard. They're supposed to be sharing their most personal secrets then pinky swear not to ever reveal them. Warning: I utilized some creative punctuation. 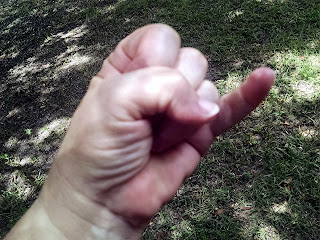 “My most personal secret is that I hate raisins," Wade said, "they make me puke if I try to eat one.”

Jeana shook her head with a sigh and said, “That’s not a secret, and it’s not personal either—it has to be something you don’t want anybody else to know.”

Wade looked up at the ceiling and said, “Well, I don’t have anything else, so let me think about it a minute.”

“Okay, Billy Joe," Jeana said, "you go while he tries to think.”

Billy Joe smiled broadly and said, "My secret is that I can’t swallow pills. My mother has to crush ‘em up and put ‘em in applesauce for me.”

Jeana sighed again and said, “That’s not a secret either because everybody at school has known that ever since you cut your big toe swimming at H&W last year and your mama brought you applesauce with medicine in it at lunchtime every day for a week.”

Jeana’s chin lifted haughtily as she said, “Mine is that I’m going to marry Captain James T. Kirk someday.”

The two boys looked at each other, then they burst into laughter.


Jeana's kinda bossy, huh? Come back next week to find out why the boys put up with it. And please do also check out the other Snippet Sunday folks and the Weekend Writing Warriors. Something for everyone among these talented writers!

Well, folks, we've reached the final excerpt from my YA paranormal thriller After Me. (You can catch up on the earlier excerpts here.) I decided to go out with a bang and leave you with a creepy snippet from one of four chapters in the killer's POV. Gotta contrast all that funny snark with some darkness, you know!

The killer's name is Julian Pugh, and he's a pathetic little maggot who likes to play the big man online but is really just a wimpy Mama's Boy who can't stand up to anybody. This scene takes place right after he disposed of Jada's body after he killed her in the beginning of the book and has just returned the Ferrari he lured her with to his employer's estate in Jacksonville's ritzy San Marco neighborhood. 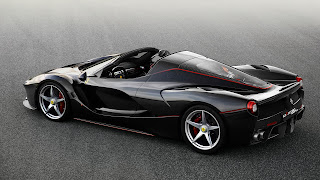 How could he have been so stupid and let her goad him into bashing in her skull before he got the chance to make her do the things he’d wanted her to do? He was supposed to be the one calling the shots, not her. That’s what the gun was for—it always turned them into sniveling little girls begging for mercy, willing to do anything he said if he wouldn’t kill them.

But this time he’d been cheated when the little whore had pushed his buttons and made him lose his temper. Sure, it had felt good to turn that pretty face of hers into hamburger meat, but not as good as the things he’d been planning to make her do.

Julian's fury eased a little as he pulled out of the McCarthy grounds and passed the other mansions on his way out of San Marco. He loved pretending he was house shopping and would someday own one of the huge riverside estates instead of working as a personal assistant to the wealthy men who owned them.

By the time he reached the Interstate on-ramp that would take him downtown, he had consoled himself with plans to amp up the online relationship he’d been fostering with a naughty little thing who called herself WETNWILD16 and had been dropping hints in her messages that sparkly things really turned her on, and Vera McCarthy had a more than ample supply of what she called “disposable” jewelry—complimentary trinkets from upstart jewelers trying to get exposure. She never missed the things Julian pilfered to send to his online sugar babies.

Yes, he’d start this one out with something sparkly, then he’d reel her in with something sporty and fast, and this time he would make sure she stayed alive long enough to repay him for his generosity.

What a scumbag, huh? Wouldn't you like to see him get what's coming to him? Well, you can buy After Me here. :-) And please do also check out the other Snippet Sunday folks and the Weekend Writing Warriors. Something for everyone among these talented writers!

Here's the penultimate snippet from my YA paranormal thriller After Me before I move on to the next book. (You can catch up on the earlier excerpts here.) This scene takes place when our heroine Jada goes home with her new friend Annalee and meets her mom's worthless boyfriend, Rufus. 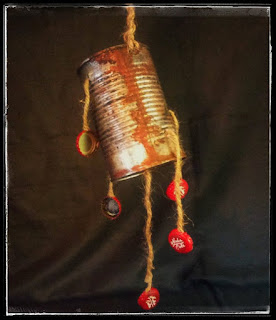 He raised his hand to hit Annalee, and I literally saw red—the same as when I’d sent Dougie flying into the tree. Before I could stop myself or even think about what I was doing, I had my hand around his throat and pinned him to the wall with his feet dangling ten inches from the floor like stinky wind chimes.

“Big mistake, Rufus,” I said. “Nobody talks to my friends like that, and you’re even stupider than you look if you think you’re gonna touch her. I’m gonna give you exactly thirty seconds after I put you down to get your shit and get out of here for good. If you’re not gone by then, I’m gonna break off two important body parts, the loss of which are gonna keep you from hitting anybody ever again and also from being able to pee without a catheter. You got that, douchebag?”

Even with the red filter over my vision, I could tell his face was turning a deep purple shade that meant he couldn’t breathe let alone speak, but he managed to nod and signal his agreement. I released his throat and he fell to his knees on the floor, coughing and gasping for breath.


Uh-oh. She's gonna have some 'splaining to do to Annalee after that little episode. Tune in next week for Jada's swan song. I promise it'll be a tune you won't soon forget! Can't wait? You can buy After Me here. And please do also check out the other Snippet Sunday folks and the Weekend Writing Warriors. Something for everyone among these talented writers!