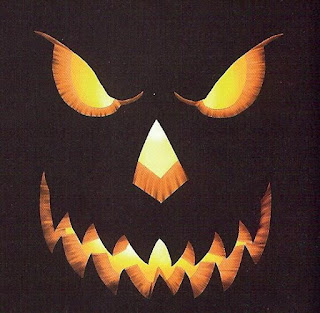 I decided to share this excerpt from Penance today instead of doling it out six sentences at a time on upcoming Sundays. I think its creepiness works better dished out in one skin-crawling lump. And it just seems appropriate for today, Dia De Los Muertos or Day of the Dead.

This is the first of five chapters from the killer's POV.


After he dumped the tramp’s body in the lake, Julian drove the Ferrari back to the McCarthy mansion in Jacksonville’s San Marco neighborhood and parked it with the other cars waiting to be cleaned and serviced. No one had seen him take it from the garage, and no one was around to see him bring it back either. He’d made sure the security camera aimed at this area was turned off before he left for the day, and he knew the security crew was goofing off the way they always did when Morris McCarthy was away on one of his “business” trips to Vegas.

Julian’s own Ford Fiesta was parked in the staff parking lot where he’d left it. He got in and locked the doors, pausing to slam his hands and forehead against the steering wheel a few times and let out a stream of obscenities before starting the engine.

How could he have been so stupid and let her goad him into bashing in her skull before he got the chance to make her do the things he’d wanted her to do? He was supposed to be the one calling the shots, not her. That’s what the gun was for. It always turned them into sniveling little girls begging him for mercy, willing to do anything he said if he wouldn’t kill them.

But this time he’d been cheated. The little tramp had pushed his buttons and made him lose his temper. Sure, it had felt good to turn that pretty face of hers into hamburger meat, but not as good as the things he’d been planning to make her do. Now he would have to go downtown and find a hooker, and it was getting hard to find one who hadn’t heard through the grapevine that he liked to knock them around as foreplay.

His fury eased a little as he pulled out of the McCarthy grounds and passed the other mansions on his way out of San Marco. He loved pretending he was house shopping and would someday own one of the huge riverside estates instead of working as a personal assistant to the wealthy men who owned them.

By the time he reached the Interstate on-ramp that would take him downtown, he had consoled himself with plans to amp up the online relationship he’d been fostering with a naughty little thing who called herself WETNWILD16. She’d been dropping hints in her messages that sparkly things really turned her on. Vera McCarthy had an ample supply of what she called “disposable” jewelry—complimentary trinkets from upstart jewelers trying to get exposure—so she never missed the things Julian pilfered to send as gifts to his online Sugar Babies.

Yes, he’d start this one out with something sparkly, then he’d reel her in with something sporty and fast. And this time he would make sure she stayed alive long enough to repay him for his generosity.


What, you didn't think Penance was nothing but Jada's sarcastic attitude and humor did you? Don't try to keep this girl in any stinking boxes! ;-)

Penance isn't available yet, but you can buy my other books here. And if you like the kind of dark material in this excerpt, there's some of it in Different Roads too.