Two Sides of a Damaged Coin 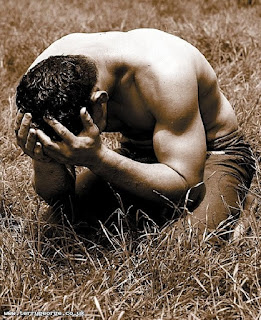 One of my favorite things to do in my books is to make readers dislike a character, then make them change their minds. I succeeded with Wade in True Blue Forever, and I did it again in Different Roads with the guy Jaycee meets when she gets to college. He's a poor little rich boy named Bud Stanton who thinks—not unreasonably—that he is God's gift to womankind. Not only is he arrogant and spoiled, he drowns his sorrows in whiskey the same as Jaycee's abusive father.

He's everything she despises, and she wants him more than anything.

So why does Jaycee abandon a good-hearted guy like Cole for an asshole like Bud? The next couple of Sundays will be devoted to showing you, because there's no way I can do it in just six sentences!

This scene takes place early in their relationship, when they fight as frequently and as physically as they make love.

“You think this is some kind of game, Bud? That it’s funny to act like a lunatic and accuse me of being a whore, because I got enough of that from my father to last me a lifetime.”

“For God’s sake, Jaycee, just punch me. I’m a crazy, jealous asshole and you should bash my face in, but don’t leave me.” He closed his eyes and braced himself for a blow.

Jesus, he was a little boy afraid of being abandoned, and they were so much alike that it was scary.

You can buy your own copy of Different Roads here. Please also check out the other Six Sentencers, especially my friends Angela Quarles and Stephanie Lawton.

~Stay true to yourself and your dreams will come true!
Posted by The Belle in Blue at 7:30 AM