Some Obsessions Are Good Things 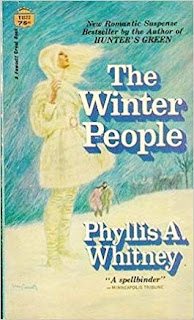 Between the ages of 13 and 15, I was obsessed with Gothic Romances like the one pictured above. I read every one I could get my hands on as fast as I could finish them. I adored the dark secrets hidden within the walls of the towering mansions and behind the eyes of their brooding masters, much like the naïve young heroines in the books.

I eventually moved on to other genres, but I never forgot those countless hours spent reading the books of Phyllis A. Whitney, Dorothy Eden, and Victoria Holt. So I was thrilled when my friend and writing buddy, Carrie Dalby, told me she wanted to read some Gothic books for research. I loaned her some of mine, including The Winter People. Before long, I realized that my obsession hadn't gone away, it had merely been dormant for about 40 years. And not only was it back with a vengeance, it was apparently contagious because Carrie had it even worse than I did! Perilous Confessions, the first of her 8-book Gothic series, releases tomorrow.

Read on to hear from Carrie herself about her induction into the Gothic cult—er, I mean club.

Take it away, Carrie! 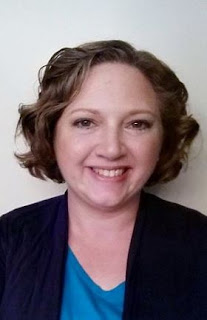 Thanks for hosting me today, Joyce. To start off, let’s rewind to fall 2015. I was finishing up editorial rounds for my second young adult novel with my editor, Sean. After working on two projects with me—a historical and a contemporary—he left several comments in the document encouraging me to try something new. His first notation of Great line. You ever want to try your hand at horror, I think you’ll do well was laughable. His second one, Serious horror chops here, was more difficult to ignore. Then his response to my reply in the next cover letter—that original Gothic horror did have Christian overtones to it—made me curious and start to ask myself some questions.

Do I even read horror? Would I have any idea what to do? I can’t do slasher, what else is there?

So I did what any writer does when faced with the unknown: research and ponder. In my studies, I found the subgenres of horror as well as the roots of the genre itself—Gothic. Me writing Gothic? I rarely even wear black! But I found that beyond the Gothic subculture of vampires/paranormal, there is a vast literary history that pre-dates most romances, mysteries and what we now call horror novels, and it’s GOTHIC.

Also, while pondering my reading habits, I found that I had unknowingly been drawn to Gothic literature since childhood. All those Betty Ren Wright ghost stories I checked out from the elementary school library and the Christopher Pike teen horror novels I read in middle school were Gothic in nature. I latched onto Nathaniel Hawthorne in high school—also Gothic. And even my first published novel, Fortitude, could be labeled Southern Gothic. I may wear more earth tones than black, but my literature tastes are dark.

I realized that while horror by itself might be too much for me to attempt, I knew I could tackle Gothic. I wanted to read a few more things in the genre to help confirm my understanding as I began drafting my first manuscript, so I asked my critique group friends for recommendations. Joyce brought me a stack of Victoria Holt and Phyllis A. Whitney Gothic romance novels. Whitney’s The Winter People (see above) and Holt’s Curse of the Kings were two of the first I read. From there, I branched out and found mid-century favorites Dorothy Eden and Frances Parkinson Keyes. With those two authors, I discovered Gothic family sagas after I unknowingly began to write one. And I also acquired an obsession for collecting Gothic novels. Here’s a sampling of only six of the Gothic authors I’ve amassed. 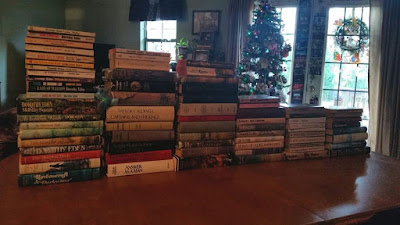 So the result of my reading history and newer discoveries is The Possession Chronicles—an 8-book historical Southern Gothic family saga series with romance and horror elements. Perilous Confessions is the first book in the series and releases in digital and print formats on Tuesday, January 8, 2019 through Bienvenue Press. If you enjoy Gothic reads, I hope you’ll give it a try. To find out more about me and my books, please visit my Website. 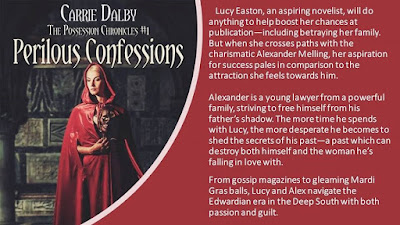 Thanks so much for stopping by, Carrie!