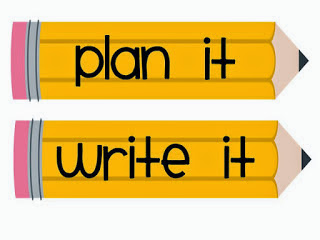 Welcome to the Big Easy Blog Tour, where writers talk about their writing process and the projects they're working on right now. I was suckered into . . . er, I mean invited to join the tour by my friend and fellow Wild Rose Press author Gloria Davidson Marlow who writes wonderfully chilling romantic suspense books that will keep you up reading all night.

Okay, on to the questions we're all supposed to answer.

In between promotional efforts for my women's fiction book Symmetry and my YA novel After Me that's coming out this summer, I'm redoing my first novel, True Blue Forever, as a trilogy that includes a prequel about the main characters when they were children. This means I'm in the equivalent of Writer Heaven. Not only do I get to revisit my four favorite characters, I get to take a trip back in time to the days of playing outside until the streetlights came on, pinky swears and lifelong friendships, first loves and first kisses, broken hearts and broken promises, and that moment when you meet the person you're going to spend the rest of your life with and can't tell anyone because you're both eleven years old. 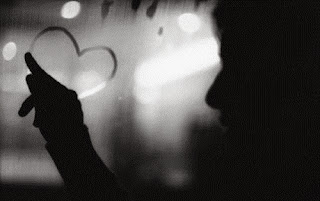 2. How does my work differ from others of its genre?

Actually, fitting my books into any one genre has always been a problem for me. One reason is that I have a penchant for writing about young characters dealing with adult issues. And although all my books include a love story that's central to the plot, they also feature sub-plots and other relationship issues for the hero/heroine that keep the books from fitting neatly into the required structure for romance novels. This has caused me a few problems in the past when pitching them to publishers and also with reviewers who were expecting a category romance and didn't get it. That's regrettable, but that's me. I like multi-dimensional plots when I'm reading, so that's the only way I can write mine.

Two reasons: First, I write stories that entertain me and just hope others will enjoy them as well. I've been making up stories to entertain myself since I was four years old. Sometimes I couldn't wait until bedtime so I could lie in the dark and envision the stories in my head. It wasn't until many years later when I began plotting my first novel that I realized I'd been plotting books all my life. The only difference is that now I write them down. This is why I don't really understand it when writers say they're so sick of their own book by the time it's published that they never want to read it again. I never get tired of reading my own books because I wrote them to entertain myself in the first place.

Second, I follow that age-old advice for writers to "write what you know." I write about epic loves that were meant to be because that's the only kind I know. My husband is my hero, the love of my life, and my absolute favorite person in the world. My characters might all be fictional people, but the love between them is the real thing. And since everybody in my family is a wise-cracking comedian, my books always have plenty of humor in them too.

However, I guess I probably need to point out here that the psychotic killer and other general scumbags in my upcoming YA novel After Me do NOT come from my real life. Neither does the smartass dead girl. Well, the dead part.

4. How does my writing process work?

I always start with the characters. After I have a clear picture of my protagonist and the other main characters in my head and my Blue Spiral Notebook, I ask myself the "what ifs?" What if this happened to them? What if somebody was trying to do this to them? What if they had to do this and couldn't get out of it? Etcetera, etcetera. Then I write a narrative overview of all the major plot points, making sure I have a strong beginning, middle and ending. This ensures that I don't get halfway through a book and stop because I don't know how to end it.

However, the overview sometimes changes as the actual scenes are written, because the characters often decide they don't want to do what I had planned for them. Sometimes the bad guys steal my heart and become not-so-bad guys. Sometimes my heroine doesn't end up with the guy I thought she'd pick. And sometimes someone just has to die no matter how hard I try to save them. When these things happen, I go back and adjust the overview to match the new plot developments.

And although I don't get stuck without an ending, I sometimes get stuck between how to get from Major Plot Point A to Major Plot Point B. I once left a pair of characters in a Jacuzzi for two weeks while I figured out what happened in their next scene. (Aside from a lot of wrinkled skin, they didn't seem to mind it too much. They were naked, after all.)

Luckily, I found a solution for when I find myself in one of those literary bogs. I use a tip I got from the amazing Laurie Halse Anderson and make a list of 25 things that could happen next, making sure that at least some of them are nonsensical. This works every time and has resulted in some of my favorite scenes.

Once I have the first draft completed, I try to let it sit for a couple of weeks before I start editing and revising, but I don't always make it that long because I actually love the editing process. When I do begin editing, I print out the manuscript so I can read it aloud to myself and Princess Tilly, my rescued Pomeranian. Not only does this do wonders for spotting stilted dialogue and problems with flow, Tilly thinks I'm the greatest writer in the world, so it also does wonders for my ego. 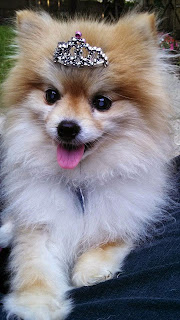 So that's the way I do it! Next up on the tour will be these talented ladies who'll tell you next Monday, June 9, all about their own writing processes and their upcoming books.

Lee Ann Ward -- Lee Ann is a former Senior Editor for a digital romance publisher and a multi-published author of adult and YA fiction. She's won several awards for her fiction and can't remember a time when she wasn't writing, having completed her first novel at the age of sixteen. She has four gorgeous sons, a sweetheart of a husband, two lazy cats, and the most rambunctious poodle in existence.

Brenda Barry -- Brenda is the author of a four-part saga of star-crossed lovers separated by the war in Vietnam titled Seasons of Love and War. Her husband was in the military for 21 years and gave her help and encouragement while writing her novel. They now live in Roseburg, Oregon, and when Brenda's not writing she can normally be found walking the trails with her husband and their little dachshund or traveling in their RV.

Angela Quarles -- Angela works at an independent bookstore and lives in a historic house in the beautiful and quirky town of Mobile, Alabama, with her two matched gray cats, Darcy and Bingley. When she's not writing, she enjoys the usual stuff like gardening, reading, hanging out, eating, drinking, chasing squirrels out of the walls and creating the occasional knitted scarf. She's had a varied career, including website programming and directing a small local history museum. She has a B.A. in Anthropology and International Studies with a minor in German from Emory University, and she has a Masters in Heritage Preservation from Georgia State University. She was an exchange student to Finland in high school and studied abroad in Vienna one summer in college. She is represented by Maura Kye-Casella at Don Congdon Associates, Inc.