The Boys of Summer

Here's the third snippet from my NEW RELEASE, True Blue. (You can catch up on the earlier excerpts here.) You've already met Jeana, Wade and Billy Joe. Now meet Mickey, a blue-eyed baseball player whose dad named him after Mickey Mantle. He's only ten like the other three characters, but he's dealing with some pretty deep stuff because of what he sees out on the patio one night when he wakes up and goes to the kitchen for a glass of water. Edited from the published version to fit our guidelines.

Oh, and check out the cover my amazingly talented cover artist made for me! I think she's the greatest, and I'd say that even if she wasn't my daughter. ;-) 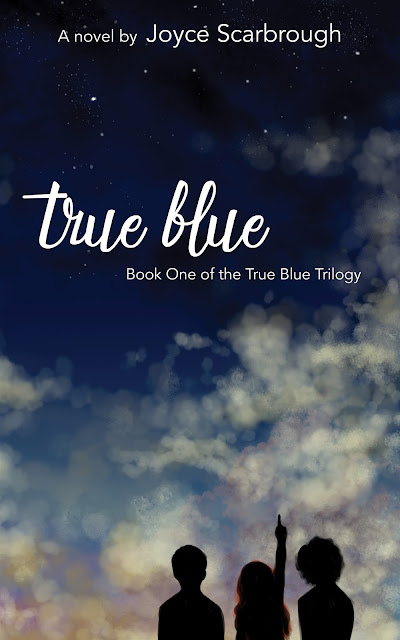 His dad stood up and emptied the bottle into the glass, but instead of putting it back down, he stared at it in his hand for a long time, then he slowly went into a windup and hurled the bottle out into the yard like the all-star college pitcher he’d been—before he'd had to drop out of school and get a job to take care of his wife and unexpected baby.

Mickey never said anything to his dad or his mom about what he’d seen. He didn't want to embarrass his dad, and he also felt a little ashamed, as though he’d been spying on him. Sometimes he’d find empty bottles out in the yard and would always put them in the garbage so his mom wouldn’t see them, because he didn’t know whether or not she knew his dad was drinking and didn’t want her to think anything bad about him.

For the next few weeks, Mickey worried about his dad and tried to figure out a way to help him. Then it was time for Mickey’s baseball team to start the new season, and he got so busy practicing that he almost forgot about his dad’s problem—until the night that Mickey hit his first home run of the year and he saw that when his dad picked him up in celebration after he crossed the plate, there wasn't a trace of sadness in his eyes as he looked at his son.

That’s when Mickey knew what he had to do. He'd work harder than everybody else and be the best baseball player in the whole league. Maybe he could even play in the big leagues when he grew up, like his dad had wanted to do—maybe even for the Yankees. Then his dad could be happy all the time, and he wouldn’t need to drink anymore in the middle of the night.


Hey, you knew everything couldn't be all sweetness and light in any of my books. Next week you'll get a peek at what one of the other boys is dealing with. Can't wait? You can buy True Blue here. ;-) And please do also check out the other Snippet Sunday folks and the Weekend Writing Warriors. Something for everyone among these talented writers!